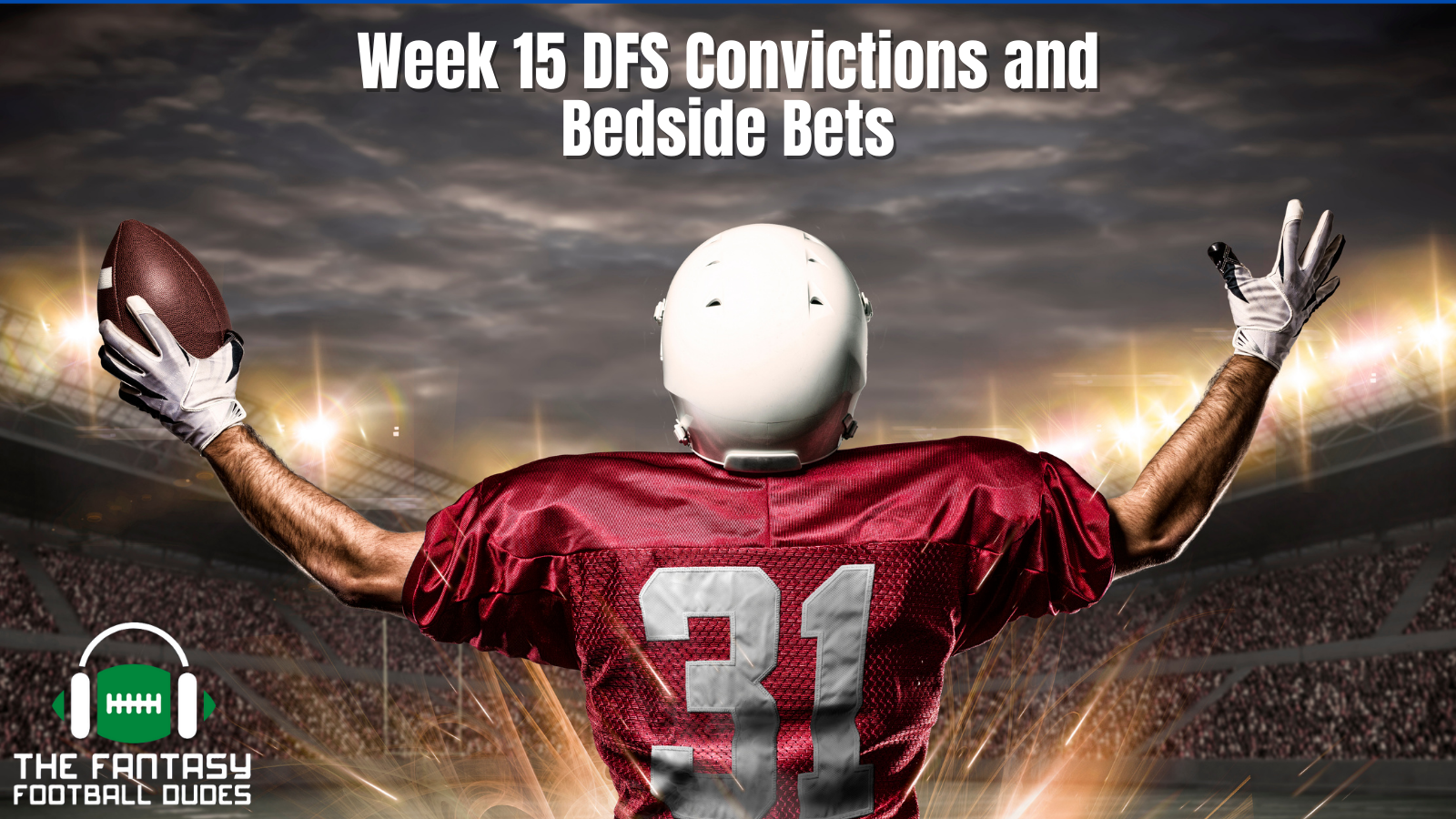 Hey guys! Obviously, this will be a crazy week with all the Covid stuff going on and so many players most likely going to miss games because of it. However, we will have to keep up with the news because so much can change between now and Sunday morning. Hopefully, all the players I wrote up this week will still play on Sunday. The good thing is that we should have plenty of value for DraftKings, which should open some stuff in the betting market. As always, good luck this week, and let's go make some money!

I love me some James Robinson this week. Everything that has happened this week sets up a perfect spot for him. I usually don't buy into narratives, but I am all in with Urban Meyer being fired and the new interim head coach Darrell Bevell saying that Robinson will be treated like the starting running back. On top of that, Carlos Hyde was ruled out of the game. So I think we see a 20-touch game for Robinson, and he gets a touchdown. I can't pass this up at only 5,400, and with a great matchup against the Houston Texans, and will have a ton of Robinson this Sunday.

I really like Dak this week in this matchup against the New York Giants, and he's priced at 6,500, which is probably too cheap for this matchup. The Giants are giving up the 11th most fantasy points to quarterbacks this year, and with both Zeke and Pollard banged up, the Cowboys should rely on Dak's arm here. You can stack him up with Amari Cooper (6,400) or Ceedee Lamb (7,400). My favorite brings backs on the other side are Saquon Barkley (6,500) or a cheap Sterling Shepard (4,700). This stack is not too expensive. As of right now, I am planning on having at least one Dak stack this Sunday, A Dak Pack.

Emmanuel Sanders being ruled out for Sunday puts Cole Beasley into a bigger role. Beasley played over 80% snaps last week and had 11 targets. The Bills are in a must-win game against the Panthers this week, and while their defensive numbers look strong over the season, they have been dipping the last 4 weeks. I still think the Panthers are better against the run and the Bills have trouble running the ball. This should lead to them passing quite a bit, and Beasley should get a lot of targets in this spot. He makes for a great play on DraftKings in their PPR format, and I like him for salary relief to allow you to fit in other higher-priced guys in your lineup and may not be as popular as other guys in this range.

I loved Dak this week, which means I really like Cooper this week, and I think this number is just too low in this matchup. He has gone over this number 7 times this year, and with the running backs banged up, they should have to rely on the passing game more. Ultimately, this bet is a little riskier than I would like, but I think Amari Cooper goes over this receiving yard number.

It's always scary putting money on your favorite team, and maybe I am buying into the narrative too much, but I think the Jaguars come out and put up points this Sunday. Lawrence hasn't thrown for multiple touchdowns outside of the 1st week, but I really believe he comes out firing this week and has the best game of his career. Obviously, this isn't the safest bet, but I am willing to bet on Lawrence throwing for two touchdowns at plus money.