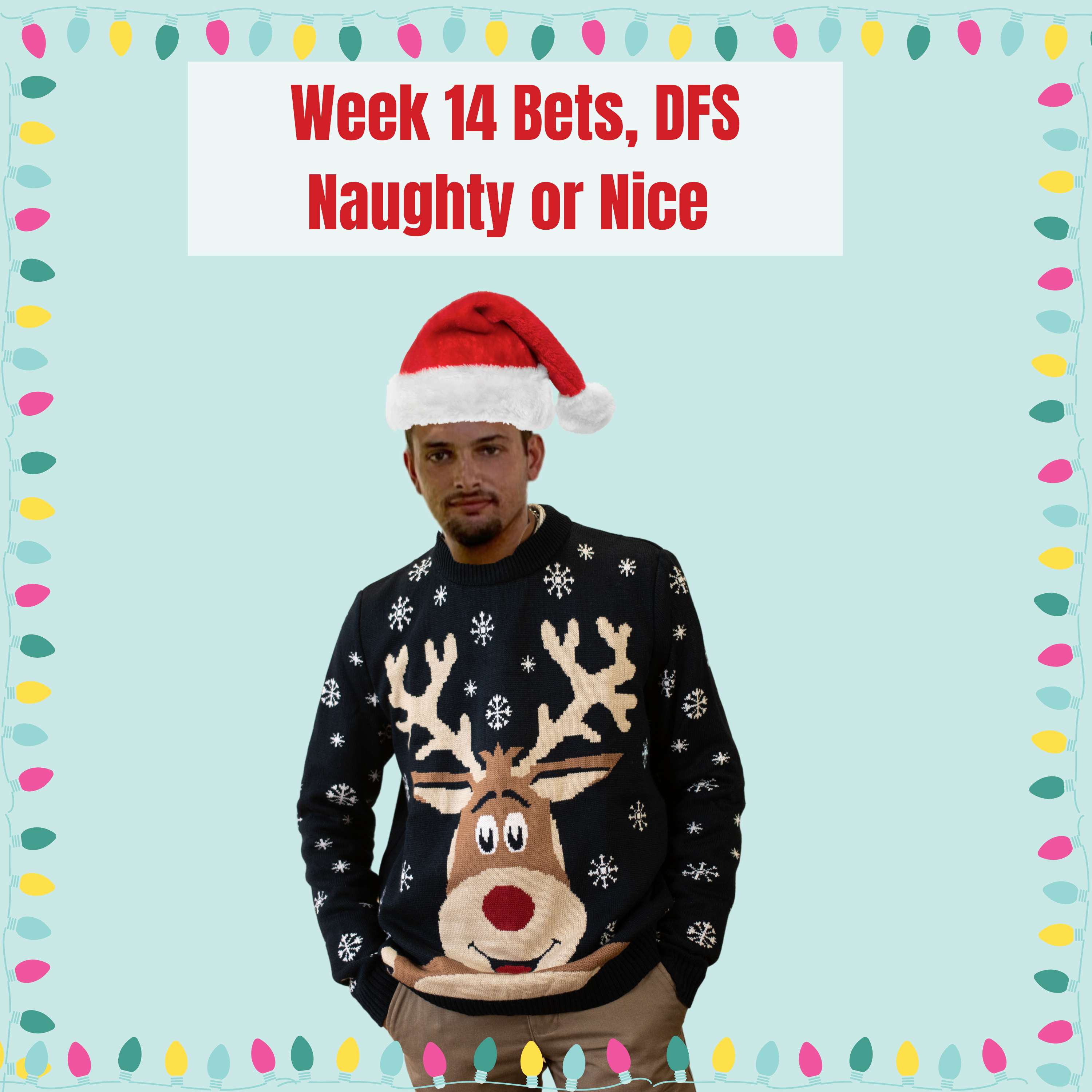 Hey guys! Last week was fantastic for me, and it was much needed. I had a good day in cash and had a great day with my bets. I am looking to keep it going this week and make it two weeks in a row. This seems like a slate where we will get a ton of news that could change things up Saturday night or Sunday morning. Good luck this week, and let’s go make some money!

Oh man, it’s Taysom time! This is such a good matchup for Taysom against the Jets. They give up the 9th most fantasy points to quarterbacks but also give up the most to running backs this season. While Taysom is a quarterback in some ways, he’s also a running back. Last week he had over 100 yards rushing on 11 carries. So if he is having trouble in the passing game, he will look to just take off running, giving him such a high floor on DraftKings. Now Hill will be very popular but is basically lock-in cash for me. My big decision will be what to do with him in tournaments, and in full transparency, I am undecided at this point. Either way, he is a great play and will have plenty of money invested in him this week.

I really like McLaurin this week in tournaments against the Cowboys. It’s a decent matchup for him, but this is a must-win game for the Washington Football Team, and they will have to throw to win this game. They should rely on their best offensive weapon to make plays. One of the reasons he is a great tournament play is because of the direct leverage from a very popular Antonio Gibson. Gibson is projected as the highest owned running back, while McLaurin is projecting for less than 10% ownership. If Gibson busts this week, it will likely be because the WFT must throw, and the Cowboys are able to stop the run. McLaurin isn’t really a cash play for me, but I will be looking to target in tournaments this week.

Austin Ekeler is a great play this week in all formats for various reasons. First off, he gets a good matchup against the New York Giants, who have given up the 8th most fantasy points to running backs this year. Also, we have the big news with both Keenan Allen and Mike Williams possibly missing this game because of Covid. If they both miss Ekeler is a smash play, but if one misses, he gets a bump. Ekeler will be popular this week, especially if they both miss, but I am still willing to play him in cash and tournaments. He is too cheap for this price and role in this matchup.

I love Taysom Hill on DraftKings this week for much of the same reasons I love this bet. Taysom didn’t have a rushing touchdown last week, but this week should be different in a better matchup. I expect the Saints to move the ball down the field, and Hill is such a threat in the red zone to run one in. I expect Taysom to score at least one touchdown here and at plus money love this bet.

I will be honest I am not super confident in this bet, but ultimately good enough about it to pull the trigger. In 5 of the 6 games Rob Gronkowski has played, he has gone over this number. Since he came back a few weeks ago, it seems Tom Brady has locked onto him and wants him to be heavily involved. I am somewhat concerned that the Bucs have their way on the ground this week against the Bills, but they should pass enough for Gronk to get over 51.5 receiving yards.

Guys, I am sorry, but I just can’t quit with Patrick Mahomes. Personally, I will bet this prop at plus money all the time. Maybe I believe in Mahomes too much at this point, but this is a pretty good matchup for him against the Raiders, and in their last game against them, he had 5 touchdown passes. I know the Chiefs offense didn’t look great last week, but that was a fairly lousy weather game. The weather should be good this week, and I expect Mahomes to get his 3 touchdown passes this week.

Thanks for reading if you're looking for a Draft Kings contest vs. the Dudes, hit the link below.

Don't miss the Dudes favorite Starts and Sits every Thursday wherever you listen to podcasts! Week 14 Starts, Sits, and game by game preview