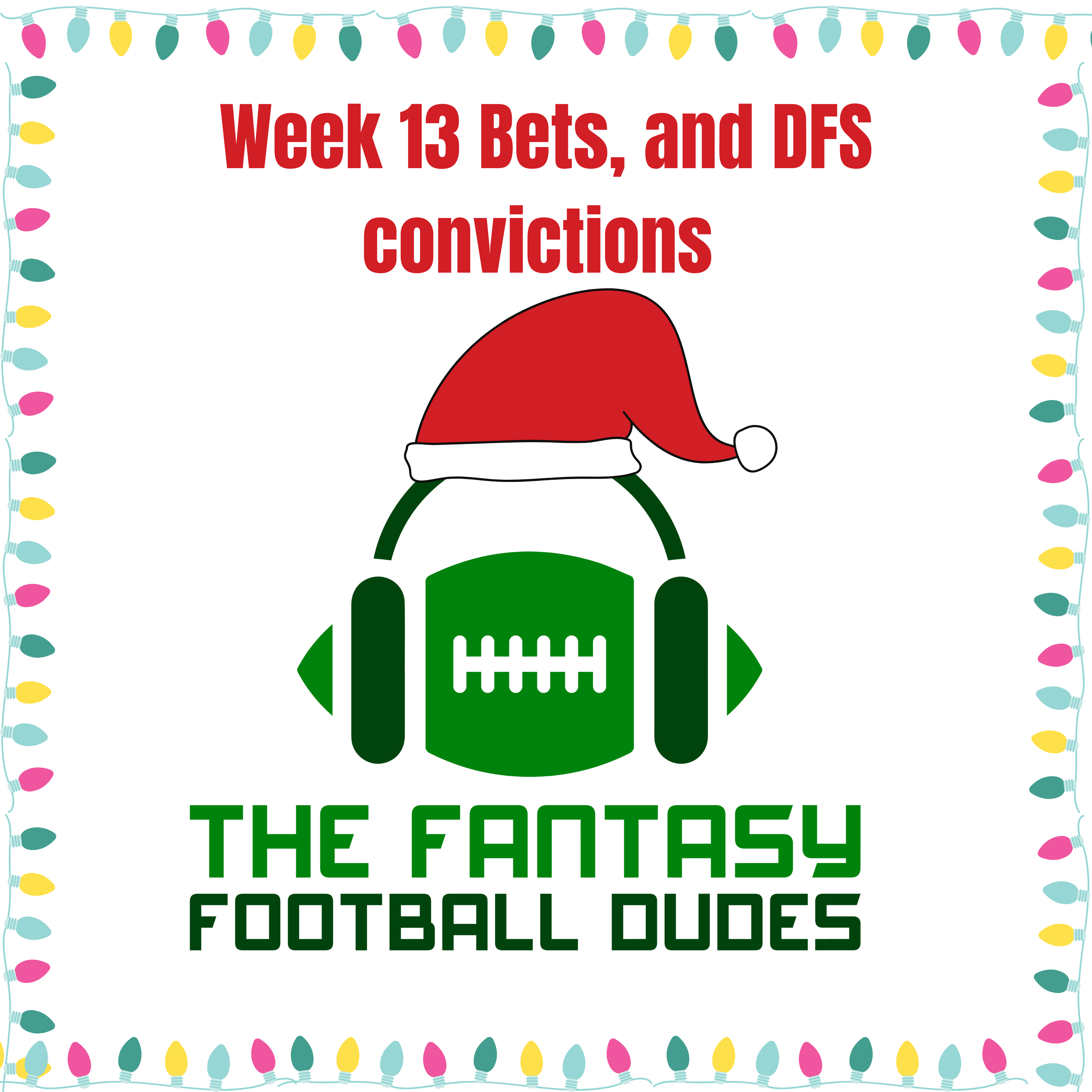 Hey guys! Well, last Sunday sucked for me in just about every way possible. But I can’t dwell on it and must move on and get right this week. I already feel much better about this week’s slate and think it is an exciting week on DraftKings. I am genuinely excited to build lineups this week and may enter more lineups than I usually do in a normal week. So good luck this week, and let’s go make some money!

I love this spot for Elijah Mitchell this week. He gets a Seahawks defense that has given up over 36 fantasy points a game over the last 4 weeks to opposing running backs. Last week Elijah Mitchell had 27 rushing attempts and 6 targets. With Deebo Samuel out this week, the 49ers should rely even more on Mitchell. I could easily see him getting over 30 touches this week and possibly see that number climb to 35. In my opinion, Mitchell is an easy play at 6,000 in GPP’s and maybe even cash. As of writing this, he is projected as the 10th most owned running back, which is incredible for tournaments. I will gladly play him at that ownership. A secondary stack I like with Mitchell is DK Metcalf (6,700), who has struggled of late, but if Mitchell dominates on the ground, it should lead to a good game script for Metcalf.

Another mid-range running back that I love on this slate is Antonio Gibson at 5,700. He is projecting at less than 15% ownership, but with McKissic being ruled out, I suspect that the ownership percentage will increase. Washington is in a must-win game this week if they want to keep pushing for a playoff spot, and they have shown they are willing to rely on Gibson the last couple of weeks. He has had 24,19 and 29 carries in the previous 3 games. Last week Gibson had 7 targets while playing almost 70% of the snaps. With McKissic out, this role in the passing game should be sustainable, and he gets an excellent matchup against the Raiders, who have given up over 30 fantasy points a game to running backs in the last 4 weeks. A secondary stack I like with Gibson is a cheap Foster Moreau (2,700) if Darren Waller is ruled out. With the combination of price, matchup, and role, the upside is just too good for Antonio Gibson this week for me to pass up.

Last week I wrote up Tom Brady in this article, and even though Tampa Bay put up a ton of points, it was the Leonard Fournette show. I hate writing up the same player/stack two weeks in a row, but I am going back to him in this matchup against the Atlanta Falcons. This season, the Falcons are giving up the 3rd most fantasy points to quarterbacks, and Brady should have a field day through the air. He has excellent stacking pieces in Chris Godwin (6,600), Mike Evans (6,700), and Rob Gronkowski (5,300). I also don’t mind the idea of playing Leonard Fournette (7,300) with Brady, but there is a ton of other good RB plays this week. The challenging part about this stack is that the runbacks aren’t great. My favorite is probably Cordarrelle Patterson (7,000), but he is expensive and takes up an RB spot. I am tempted to play this stack with no runback, which I never do. I am not fully decided how I want to approach this stack, but I am sure I will have some Tom Brady stacks this week.

For much of the same reasons I loved Mitchell as a DraftKings play this week, I love this bet. It’s a great matchup against the Seahawks, who have given up 12 TDs to running backs this season, and with Deebo Samuel out, Mitchell’s touchdown equity should go even more. The 49ers should rely on him in the Red Zone, and I could see Mitchell even having a multiple TD game. I love this bet and would be shocked if Mitchell doesn’t get in the box at least one time this week.

With D’Andre Swift out this week, Jamaal Williams will take the bulk of the workload for the Lions. The Vikings are a pretty good matchup for running backs, and the Lions rely on their running backs in the passing game. While Williams hasn’t gone over this number since week 1, D’Andre Swift has routinely gone over this number in 9 games this season. If we assume that Williams takes over a decent amount of Swift’s target share, then I am confident Williams will receive enough short passes to eclipse this number.

In the last 3 weeks, Diontae Johnson has been a catch and target machine. He has 23 receptions on 40 targets. Big Ben is routinely looking to throw his way with 50% of his targets within 0-9 yards. This lends itself to many short receptions, which is perfect for this number, and I think he will be able to get there in this game. With how bad the Steelers O-line is and how good the Ravens are against the run, the Steelers will have to throw quite and bit, and I expect Roethlisberger to look for Diontae Johnson over and over again this week.

If you totally disagree with this article The Dudes would love to challenge you to their weekly Draft Kings contest for $5. Link below.

Draft Kings with the Dudes

Don't miss the Dude's "Starts and Sits" Episode wherever you listen to Podcasts.