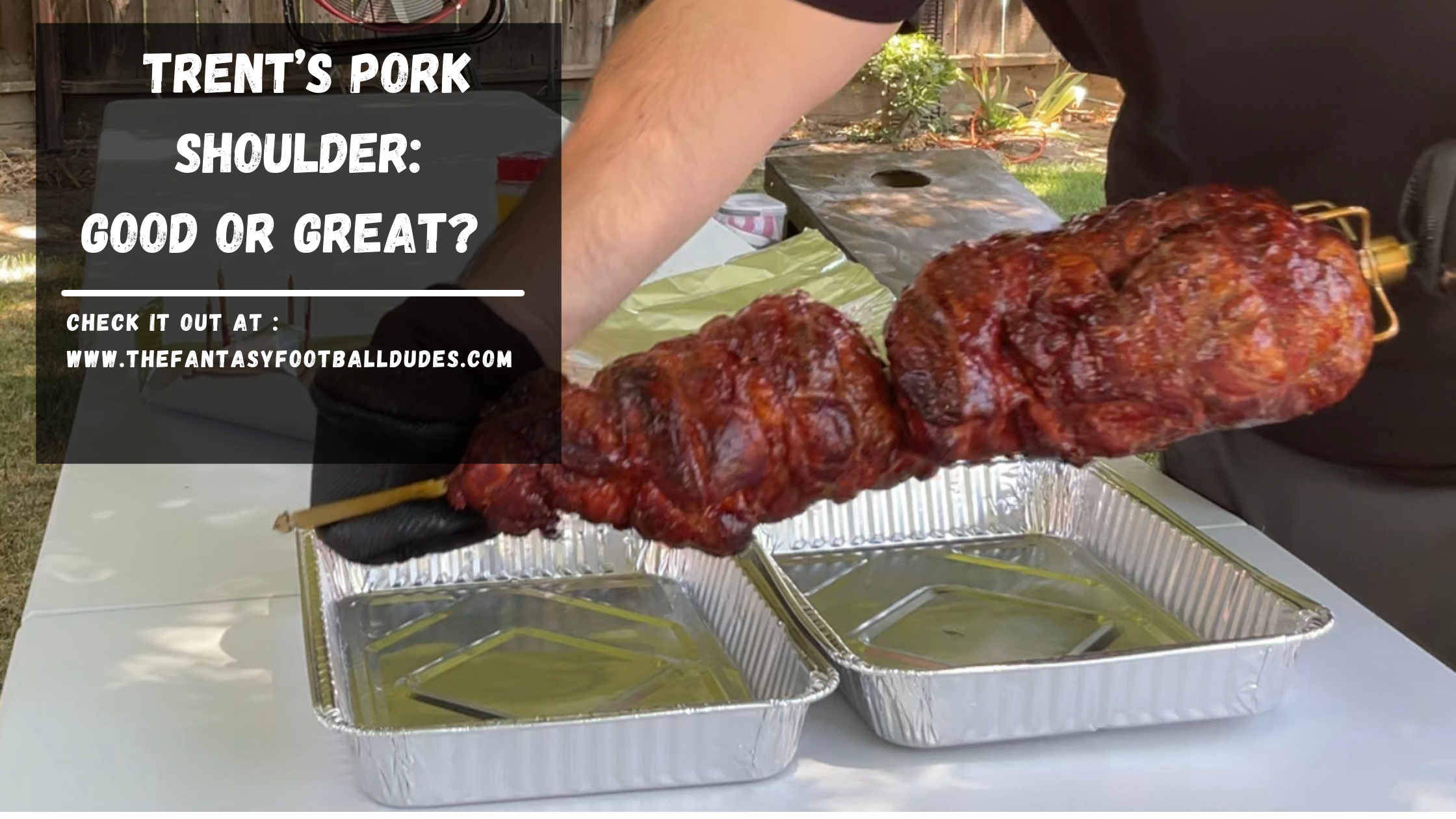 As you heard on the pod, we had our first Draft for a dynasty league that we started this year. For the most part, Trent followed our draft recommendations to a tee. You may have seen his #whatyousmoking fade on IG, but it was pretty good. A poll done by a third party scored 83, 80, and 88—an average rating of 83.6. I'm sure Trent hates to hear this, but Phill was pretty accurate. One drafter also commented on the Chic-fil-a sauce and how it was a nice spin on only traditional BBQ sauce parties. You can find this at your local Walmart, so pick some up for your next party. Some other shoutouts should be noted here for the good sausage, corn salad, jalapeño poppers, and the many dessert options. Safe to say, we ate well.

Let's get to the meat and potatoes of this week's episode. First, the Dudes broke down sleeper tight ends and quarterbacks. After Kelce, Kittle, and Waller, the tight end position can often seem like a wasteland. Adam Trautmen led the charge, with Michael Thomas recovering from an injury and Jared Cook out of town. The potential here is juicy. Irv Smith and Cole Kmet were mentioned as well.

Last but not least, we wrapped up our sleepers podcast going over everyone's favorite position to reach on. It seems like each year; mobile quarterbacks go earlier and earlier. With that said, experienced drafters try their best to wait as long as possible on quarterbacks because it's a little more of an even playing field. A couple to note were Baker Mayfield, Tanny, and Kirk Cousin. A quick breakdown on Baker is that he is a safe, consistent fantasy quarterback. Pro Football Focus recently mentioned that the Browns have the best pass blocking line in the NFL (get after it Chubb). Baker shouldn't be in a lot of shootouts, but I expect him to be efficient and safe with some passing upside. The running game will set up the play-action nicely. Ryan Tannehill and Kirk Cousins were mentioned for similar reasons.